ABOUT THE RISK PROFILE TOOL

It is estimated that a growing number of people in South African cities and towns will be exposed to the devastating impacts of weather-induced natural hazards such as flooding, heatwaves, droughts, coastal flooding, wildfires and storms.
‍This growing exposure can be partly attributed to an urbanising population, related land-use practices and changes predicted in the frequency and intensity of weather-related natural hazards. Knowing what to adapt for and how to adapt to this change is therefore of critical importance to decision- makers involved in the design and planning of human settlements.

The Green Book Risk Profile Tool is a dynamic interactive online planning support tool that was developed to support the adaptation process by providing scientific evidence for each local municipality in South Africa on the likely risks it will face under a changing climate. The risk profiles were developed to showcase distilled information for decision-makers through the use of an interactive dashboard. 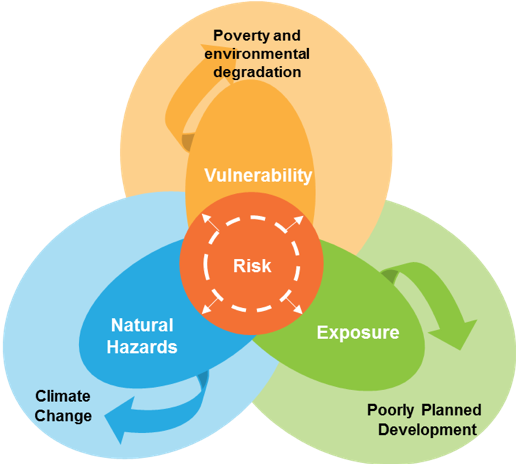 In line with the research design of the Green Book, the risk profiles utilised a multidisciplinary modelling approach of conducting risk assessments to determine the exposure and vulnerability of cities to specific climate- related hazards.

‍The models were developed to analyse the impact of climate change on the intensity and extent of hazards, such as drought, flooding, fire and coastal flooding, to determine the exposure of people, economic activity, services and infrastructure within these exposed settlements. To assist in planning processes, the profiles not only consider the static risk profiles of the current state of cities but are forward-looking (2050), considering the future projections for population growth as well as the likely impacts that climate change will have on the extent and intensity of various hazards. They also provide information on the likely impacts of climate change on South Africa’s water resources, economy and agriculture.

The profiles for each municipality cover the socio-economic vulnerability of settlements and neighbourhoods and its expected development trajectories under a medium and high population growth scenario. The profiles also cover the changes anticipated in the climate for both a high and low mitigation scenario and the impacts of these changes on the intensity and magnitude of a series of hydro-meteorological hazards. The municipal risk profiles combine the scientific information from the story maps per municipality and precede the adaptation actions tool by providing risk factors that can be used to prioritise adaptation actions.